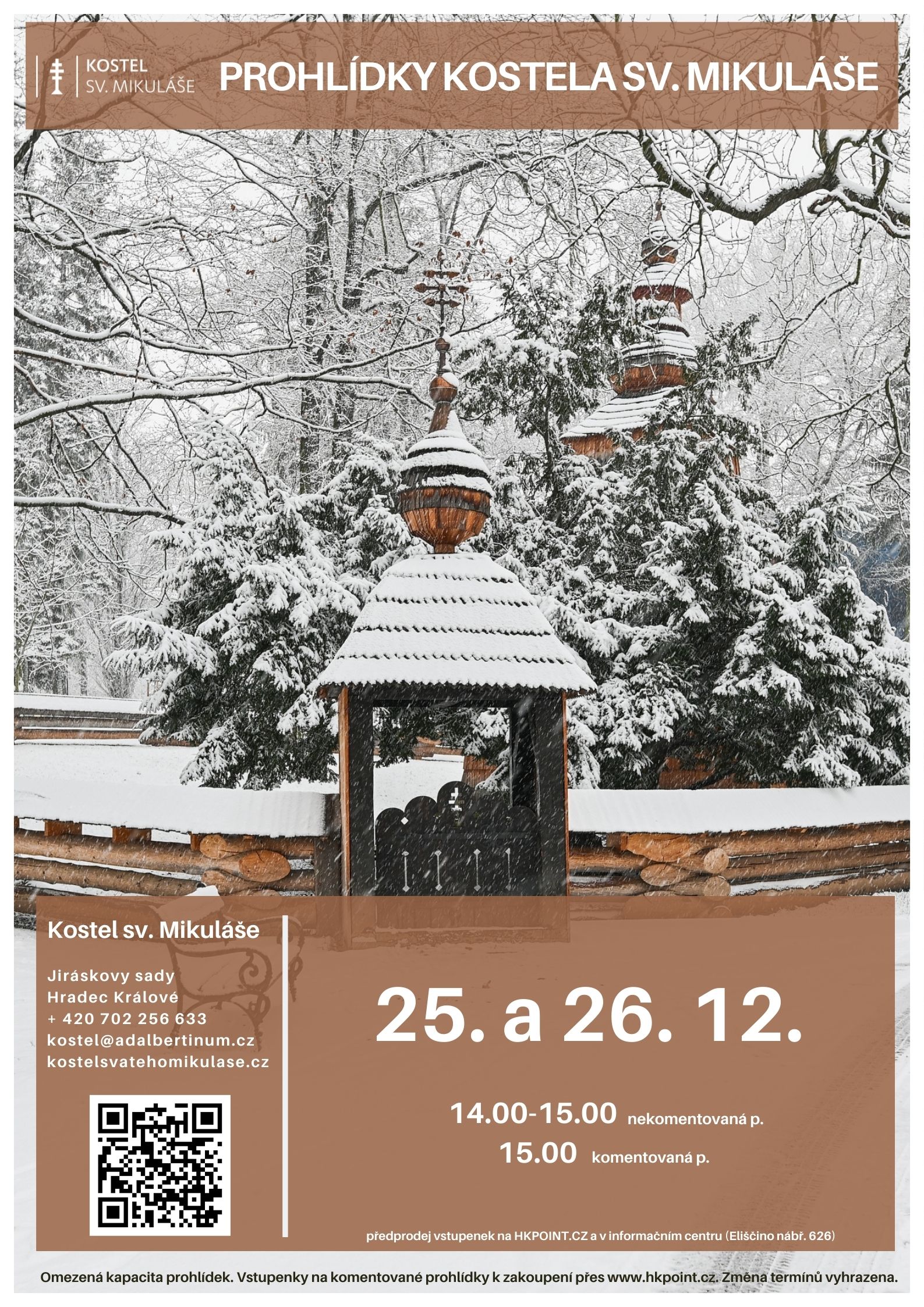 A timbered church consecrated to St. Michael the Archangel was built in 1605 in the eastern Slovak village of Habura near Medzilaborce. In 1740, it was sold and moved to the nearby village of Malá Polana where it was consecrated to St. Nicholas Divotvorec ("wonder maker") in 1759. The church belonged to the Greek-Catholic kirk and served its purpose until 1915, when it was severely damaged during the First World War. It was repaired only after the formation of Czechoslovakia, but it was not used since the end of the twentieth century, because at that time the stone church was already built in Malá Polana. In 1934, the church was in very bad condition and its extinction threatened. The construction was therefore offered for purchase in Hradec Králové. The Hradec Králové City Council approved the purchase of a church for twelve thousand Czechoslovak crowns at the suggestion of the town mayor Josef Pilnáček. The church was dismantled during May and June 1935 and transported by rail to Hradec Králové.